After four months of searching for amphibians and reptiles in the rainforest of Peru I finally found the Pac Man frog! By mid-April 2016, I saw no less than three Amazonian horned frogs (Ceratophrys cornuta) in four days! No wonder I have not seen them before because they are very well camouflaged. It’s bizarre how well these frogs have adapted themselves to the environment. Untill this day scientists have no idea were this species uses their horns for. But its likely to help them blend in with the environment, resembling leaf stems in the wild. I literally walked past the first Amazonian horned frog (Ceratophrys cornuta) within a meter! I helped the amphibian & reptile research coordinator (Alberto) of Fauna Forever (non-profit organisation) with transects in April 2016. In addition to collect the data that was needed I had the opportunity to photograph these amazing creatures.

I grabbed my Canon 7D with my favourite lens the Canon EF 100mm f/2.8L Macro. In combination with my ring flash (Sigma EM-140 DG ), tripod (Sirui KTV224 + E-20) and a remote controller(Canon TC-80N3), this resulted in my desired shots. You clearly see the differences between the individuals and the sex. The males come in different color variations but such an extreme green color you do not find often. Within a few seconds, I was down on the floor with my tripod as low as possible to capture the frog in his habitat. These frogs hardly move and therefore I was able to experiment with compositions without losing them out of my sight. After taking multiple shots from different angles we continued with our transects in what turned out to be a very long night.

These frogs are aggressive, voracious and have been found dead with the remains of an impossible to ingest animal sticking out their mouths. They are ambush predators and burrow themselves into the mud or leaf litter so only their heads stick out. They will wait until the moment is right and strike from the mud or leaf litter to swallow their prey whole. Because of their ravenous behaviour and massive heads, they earned the nickname ‘Pac Man Frogs’. The females are generally bigger than the males and have a brownish color. The males have a variety of colors ranging from dark green to lime colored. They are found in freshwater marshes and pools throughout the Amazon rainforest. 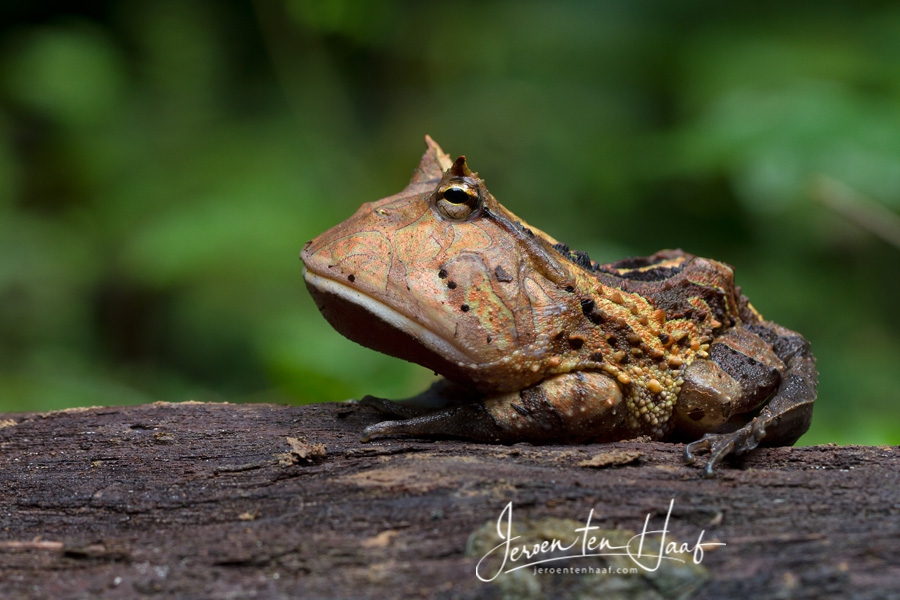 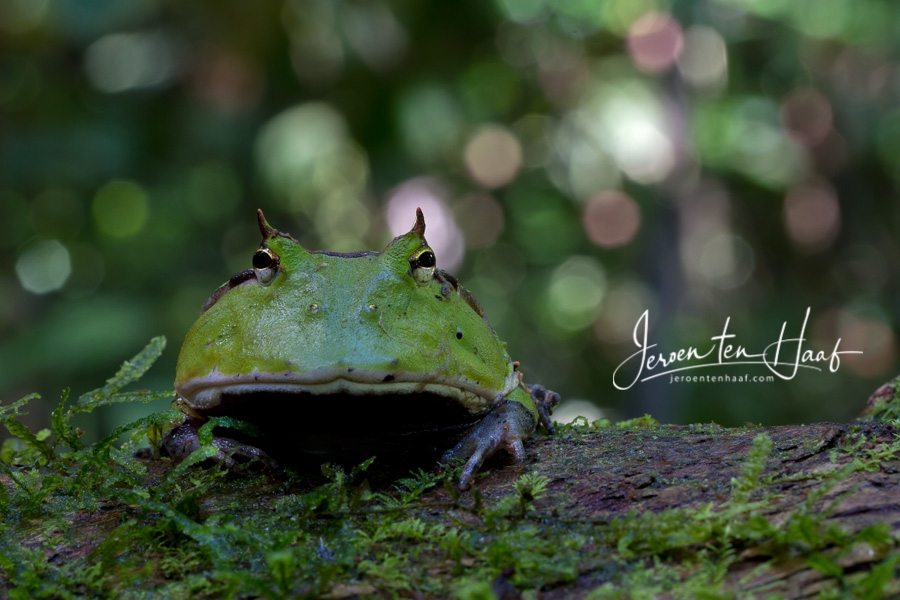 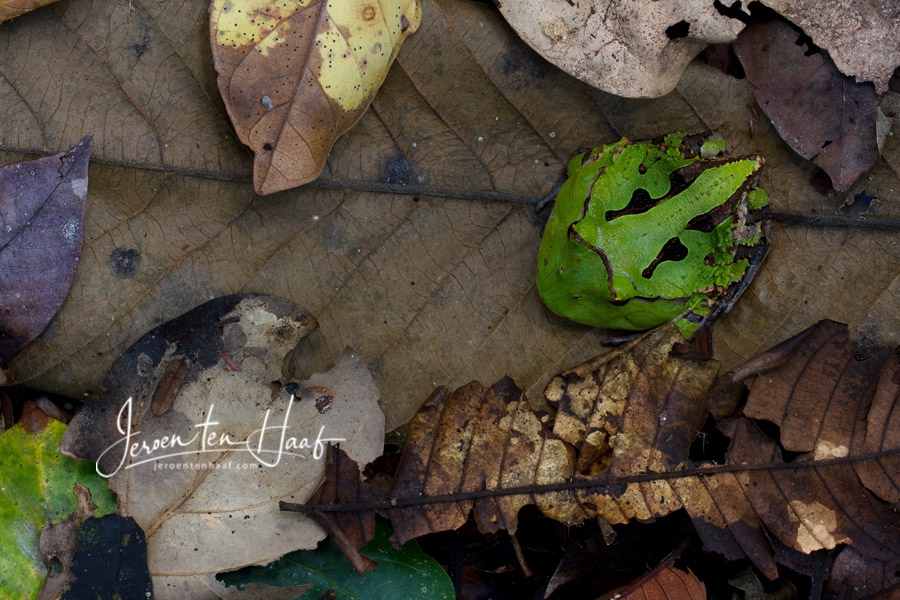