During my twelve-day safari trip to Eastern Africa, I visited multiple National Parks and Reserves in Kenya. Starting in Taita Hills, followed by Amboseli, Lake Naivasha, OI Pejeta Conservancy, Samburu, Lake Nakuru, and Masaai Mara National Reserve. Each destination is unique and has a different climate, landscape, and biodiversity. This meant that each National Park felt like a different world and ensured a beautiful and unique experience in each area.

I noticed how the African Leopard (Panthera pardus pardus) in Samburu was built relatively compact compared to the ones in Masaai Mara.

When comparing the habitats of Samburu and Masaai Mara, it was apparent that the climate is much warmer in Samburu and that there are a lot of hills and vegetation. The Masaai Mara contained much more open savanna, which most would consider being the ‘classic African’ habitat. The open areas meant that there was a larger population of mammals. The combination of the number of species (preys) and the open structure of the habitat (hunting becomes easier), enables the leopards to grow larger in this area. In the gallery below you can see the difference between the African Leopards (Panthera pardus pardus).

Kenya boasts a biodiversity of more than 20.000 different animal species. Since each national park I visited was composed of different habitats, each park contained different animals. Most parks contained herds of zebras, giraffe, buffalos, gazelles, hartebeest, waterbuck and pride of lions.

Amboseli national park has the largest population of African bush elephants of the parks visited, and it was the only park were I observed large amounts of grazing hippos. Elephants were also present in OI Pejeta Conservancy, Samburu and of course in Maasai Mara National Reserve.  I spotted most of the predators (cheetahs, leopards, lions, serval and spotted hyenas) in Samburu and the Maasai Mara. Each park contained many different birds, but the eagles and falcons I photographed were mostly found in the more ‘forest areas’ of in Samburu, Lake Nakuru, and Maasai Mara National Reserve.

In Samburu, a little side quest is to spot the special five of Samburu. The animals on this exclusive list include Grevy’s zebra, the long-necked gerenuk, reticulated giraffe, besia oryx, and the Somali ostrich. These are endemic species and can only be found in Northern Kenya. I’m very happy to be able to say that I have spotted all of Samburu’s special five. Especially the Grevy’s zebra, since this species is declining rapidly.

I realize there is always a component of ‘luck’ when you are out in the parks trying to get photographs of wild animals, but I daresay that it is impossible to visit Kenya’s parks and leave disappointed!

I went on this twelve-day safari trip with my father. The trip was tailor made by Carlijn from Malika Travel. Our safari through some of the most beautiful parks and reserves in Kenya was an unforgettable experience. Our Guide Franco was an excellent driver, more importantly, a very good guide and friend. His knowledge about the animals and how to spot them enabled me to make some incredible pictures.

His passion was clearly towards the mammals and especially the wild cats. Although I hope that some of my own passion for predators such as eagles rubbed off on him. If anyone of you ever goes on a Safari in Kenya, see if you can travel with Franco!

All the places were gorgeous, but Amboseli, Samburu, and Masaai Mara are definitely my personal favorites from this trip. I saw much more wildlife than I expected and got to make great new photos. All in all, the trip was a great success!

The African sunsets are truly amazing and something that you won’t soon forget! 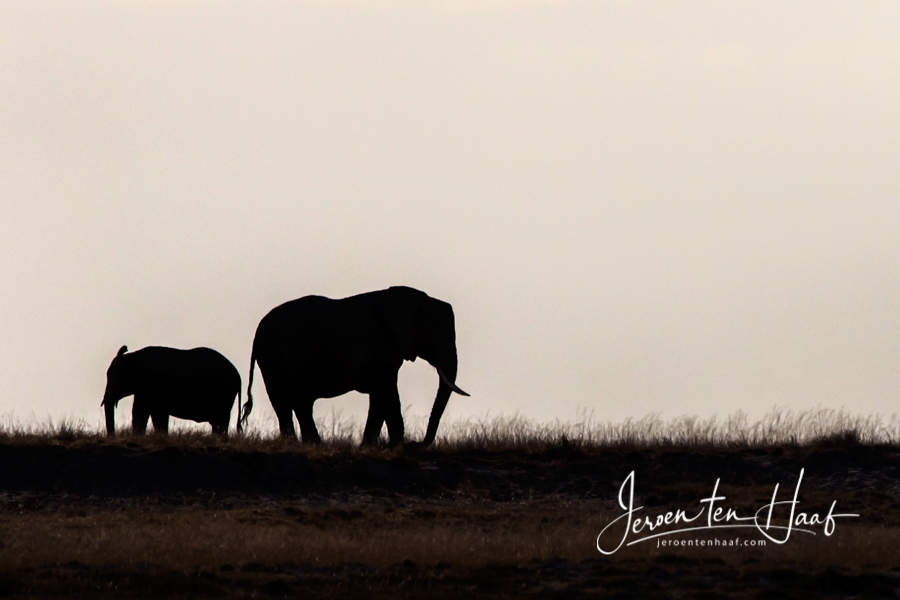 Two African bush elephants walking across the horizon in Amboseli National Park. The habitat of Amboseli, together with a long dry season, creates the perfect environment to observe African animals. 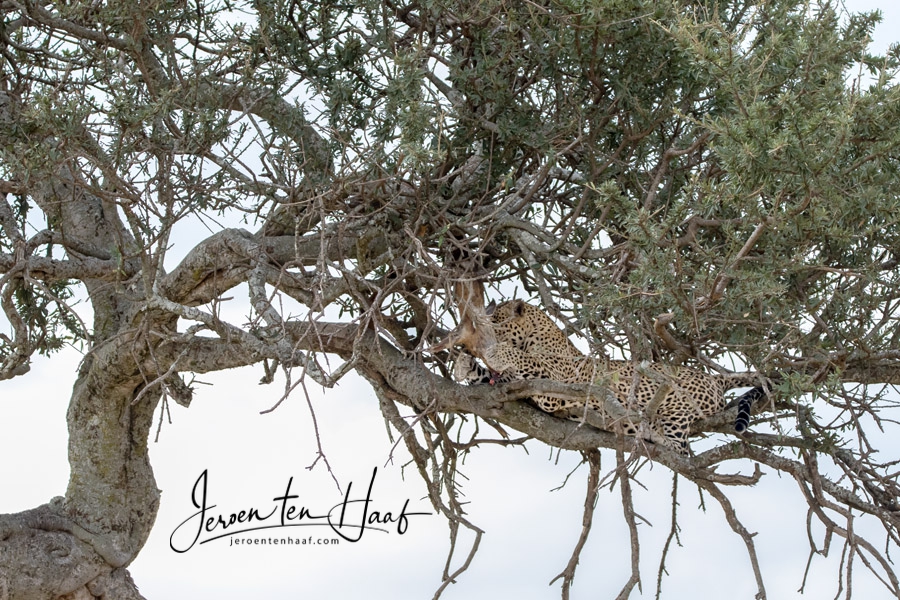 A beautiful scene at the Masaai Mara National Reserve. I found an African leopard which immediately dragged its meal (topy gazelle) into the closest tree it saw. By doing this the leopard prevents other predators (mainly spotted hyena’s) to steal its prey. Two Masaai giraffes and a Burchell’s zebra on their guard as a pack of lions pass by. The eyes and ears of the giraffe and zebra in the back are focused on the predators. While the other Giraffe stares into the distance of Taita Hills Wildlife Sanctuary.